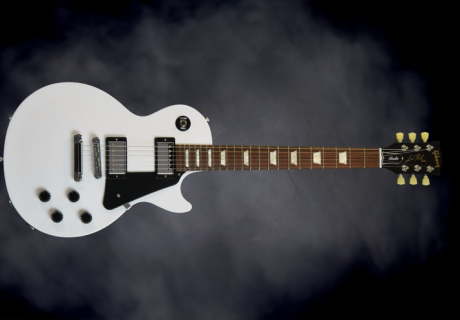 These are some of my L.P. Style guitars. 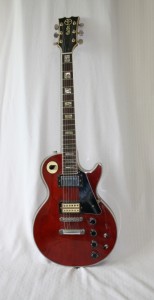 Electra MPC.  This was my first real decent electric. This was pieced together from several damaged Electras. Notice the gold tuners and chrome bridge.  Still a great guitar.  I don’t play it because i’ve work the frets out and it needs a fret dressing. 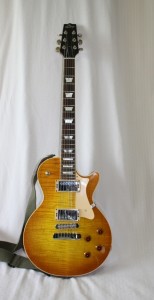 Heritage CM-150  When I bought this guitar I was on a mission to buy a Gibson Historic 57 or 58.  I found this at Eddie’s Guitars in St. Louis.  When I played this guitar next to a Gibson and liked this one better.  They are made in the old Kalamazoo Gibson factory.  If you don’t have to have Gibson on the headstock this is every bit as good in quality. 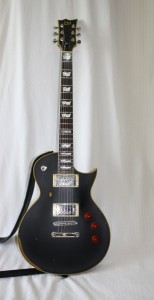 LTD EC-256 (by ESP) Awesome bang for buck guitar. Plays and sounds great. Thinner body and neck than a Gibson Les Paul so it’s super light. Before I picked up my Gibson, this was my “Number 1.”  The split-able pickups make it pretty versatile as well. 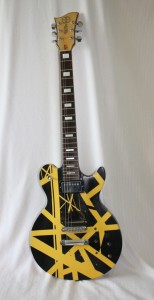 Electra This was another salvaged from a bunch of damaged Electra guitars just like the first one.  This one is a neck thru, but was broken.  I glued it back and painted it to conceal the damage.  Not sure what the exact model is.

Finally got a real deal Gibson.  This one is a 1958 Historic Reissue les Paul.  Also called an R8.  Nice chunky neck.  Plays like a dream.  The intonation is perfect.  The pickups are very clear and the volume and tone pots are actually usable.  Thanks to Luke at Sweetwater for the hookup. Been wanting one of these for ages.  Thanks to my wife for the gift.

Another great score from Sweetwater.  Gibson Studio Les Paul. Thinner neck than the R8. A bit lighter.  It’s a blast to play.  Sounds great.  Never was a huge fan of the colored studios, but this white one just looked killer.  Looks even better in person.  The opaque white finish seems to have some depth to it.  The granadillo fretboard easily passes for rosewood.  Plays great.